For the latest offers and information on our courses!

Here at Lloyd Langford Expedition Training, we are proud supporters of the Balkans River Defence, a non-governmental organisation set up to protect, protest and educate people on the 3,000+ hydropower projects planned in the Balkans, and the overwhelmingly devastating effect it will have on the environment and many local communities.

The Balkan Peninsula is an incredible place, ecologically and culturally. It is home to some of Europe's most beautiful landscapes, rivers and untouched wilderness, however it has a complicated history leaving this incredible part of Europe very difficult to understand for those who have never been.

The intention of the Balkan River Defence is to unite Balkan nations against the destruction of their rivers and the attack of neocolonialism in the form of hydropower. In other words, rivers are one of the rare things that connect nations here and they wish to nourish that. Rivers are being attacked by foreign investment that seek to profit from this ‘less developed part of Europe’ by exploiting the current political situation and rampant corruption to further their greedy goals, something the people of the Balkans have seen enough of in recent decades.

The Balkan River Defence actively protests against the decimation of the wild Balkan rivers and for its immediate end. International banks have poured millions of euros into destructive hydropower development in the region, with more than 3,000 projects planned, 188 are already under construction.

These dams and river-draining diversions will destroy Albania’s Vjosa—the largest and last untamed river in Europe, force the already threatened Danube salmon into extinction in Bosnia and Herzegovina, jeopardise the survival of the critically endangered Balkan lynx in Macedonia, displace culturally significant communities and destroy freshwater resources throughout the region.

The world needs healthy rivers and lower impact energy options exist beyond hydropower. Tell the European Bank for Reconstruction and Development (EBRD), European Investment Bank (EIB), and the World Bank’s International Finance Corporation (IFC) that they must halt their Balkan hydropower investments before the last wild rivers in Europe are irreversibly destroyed.

Lloyd Langford Expedition Training are strong believers in upholding the practices and responsibilities of sustainable tourism, and as frequent users of Balkan rivers for our commercial expeditions and peer paddling, we simply can’t ignore the catastrophic impact these plans will have upon the environment, nor the great work that this movement is doing.

From 2019, a donation will be made from each of our commercial paddling expeditions in the Balkans to the Balkan River Defence, with all attendees given brochures, flyers and stickers to take home, learn more and spread the message. 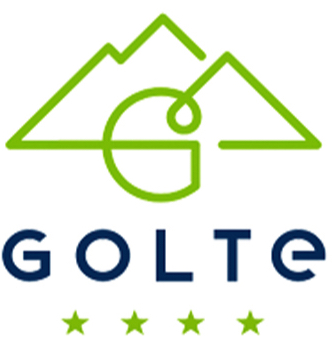